Building a Synthesizer in Max MSP with Josh Hodge

Expand your sound design skills dramatically by understanding the complex processes behind the creation of synthesizers; In this tutorial series producer and DJ Josh Hodge explains in a step by step guide the process of creating a synth using Max MSP programming language. Take your programming and synthesis skills to the next level and use them to setup your own synthesizer in Ableton!

Josh Hodge, also known also as DJ@War is one of the most versatile and promising talents in the international electronic music scene today.

He also is widely recognized a producer and has released tracks with some of the most prestigious labels such as Toolroom, Ministry of Sound and Downright. His tracks appear in the playlists of legends like Eric Morillo, Eddie Halliwell, Adam F, amongst others, earning him the support from giants like Fedde Le Grande, Michael Woods, David Guetta, and many others.

His most recent release, the album ‘’Jaguar Skills & His Amazinf Friends’’ was a great success, positioning itself at #2 in the UK ITunes Dance Chart. Dj@War’s taste for electronic music is wide-ranging, from electro dancefloor destroyers to progressive, latin, and tech house. Besides performing and producing, he also has a YouTube channel called The Audio Programmer, where he shows how to program VST and audio applications using Max MSP and programming language C++. 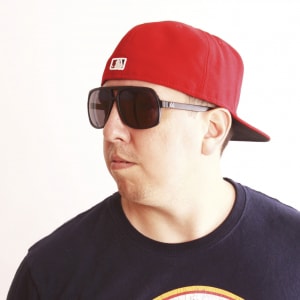