In this one-of-a-kind course, you will learn how create professional quality basses, leads, drums, pads and effects by sampling commonplace sounds and processing them in Ableton. Watch as renowned producer Leon Switch creates an impressive Deep Dark Dub track from scratch using his own samples while he explains his workflow and sound design techniques in the process.

London based producer Leon Switch has been programming and producing music since 1992, and since his debut release in 2001 on Unkut Recordings he has released tracks with famous imprints such as MetalHeadz, Renegade Hardware, Frequency, Freak, Monitor and Penetration.

He as also recorded and remixed for some of the scenes true pioneers such as Goldie, Andy C, Dylan, Tech Itch and Unknown Error.

His track ‘Six Degrees’ is featured in the 2013 film ‘Elysium’ and he has collaborated with several artists and companies including Italian composer, arranger and guitarists Eraldo Bernocchi, Monica Emat and Gaudi, which is signed to Elastica Records.

Besides performing and producing, Leon also creates loops, sample packs and tutorial videos, where he shares his valuable music production techniques and processes. 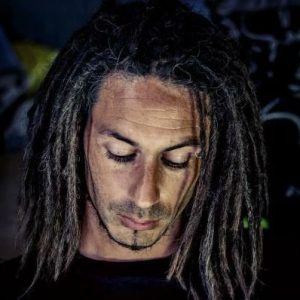