If you’ve ever dreamed of working with a top vocalist, then you need to tune in to Kevin Energy and Jasmine Knight.  In this course you will learn everything you need to know about professionally producing vocals, from getting to know your singer, to recording takes, vocal comping and mixing the vocals to a professional quality.  Jasmine Knight has received wide recognition for her signature style, and under the production mastery of Kevin Energy these two will set you on the path to delivering chart smashing EDM tracks.

South London’s very own Jasmine Knight has received massive support for her voice from the likes of BBC Radio 1‘s Annie Mac, Roger Sanchez, Danny Howard & Charlie Hedges and EDM legends such as Vini, Vici, Hardwell, R3hab, Will Sparks, W & W and many more, thanks to her collaboration ‘MOVE’ with Alchimyst & Trance legend Coexist, released via Alteza Records (Vini Vici’s label) Hitting no1 in the Beat Port Charts and being Mexico’s top 6 most played tracks on TIK TOK.

Over the years, Jasmine became an important player in the UK underground Drum n Bass and House scene ever since her teenage years and now collaborating with incredibly talented producers from all over the world and in all genres of the dance music scene.

Jasmine’s style is a delicate balance of the underground influences, but with a knack for writing songs worthy of the mainstream charts. With a fierce sound, and equally fierce look, Jasmine is in much demand for collaborations across a variety of genres, thanks in large to her hard hitting delivery and professional approach.

Rave legend and Nu Energy Collective head honcho, Kevin Energy is firmly established as a DJ in the top echelon of both the Hardcore and Hard-dance scenes. Energised, always and musically innovative, there aren’t many crowd-pleasers around that can rock a crowd quite like Kevin Energy but for a man who earned his first big room rave sets before he was old enough to legally attend them it is hardly surprising. His fresh sound and ever enthusiastic mixing style make him a favorite behind the decks as he always delivers service with a smile and with more scratching and rockin’, upfront tracks than you can shake a glow stick at.

From the early days of Dream FM and ‘Hardcore Fever’ Kevin has moved from strength to strength. With running the Nu Energy Collective including some long established labels – Nu Energy Records, Relentless Vinyl, Liquid Hardcore, Elevate Whites and NEC Live, as well as digital label concepts.
Kevin has always spent his time in the industry as a hugely proactive go-getter. Pioneering the Nu Energy Collective LIVE PA, Freeformation party nights (along with Sharkey), his Elevate Hard Dance album series, Hardcore Heaven compilation mix and worldwide DJ Tour domination, Kevin has been by far one of the busiest DJ’s/producers/promoters in the scene. Having won ‘Best Hard Dance DJ’ twice as well as ‘Outstanding Contribution To The Industry’ award, it’s fair to say Kevin’s work has been widely recognised on a global scale.

After a break from all things rave in 2011. Kevin launched ‘Big Jam Studios’ – a commercial studio business in Kent UK. The majority of work that Kevin undertakes through Big Jam is vocal production and after 10 years of finely tuning the vocals of thousands of varied singers, there’s a lot of experience for Kevin to share with you.

More recently in the 2020 lockdown, Kevin created a crowd-funded album with Jasmine Knight for a vocal rave album – half Hardcore/freeform and half D&B. The project generated £15000 on Kickstarter and went onto receive BBC radio 1 support.

Now both Kevin and Jasmine share their secrets on how their sound is planned, recorded, and mixed to perfection. 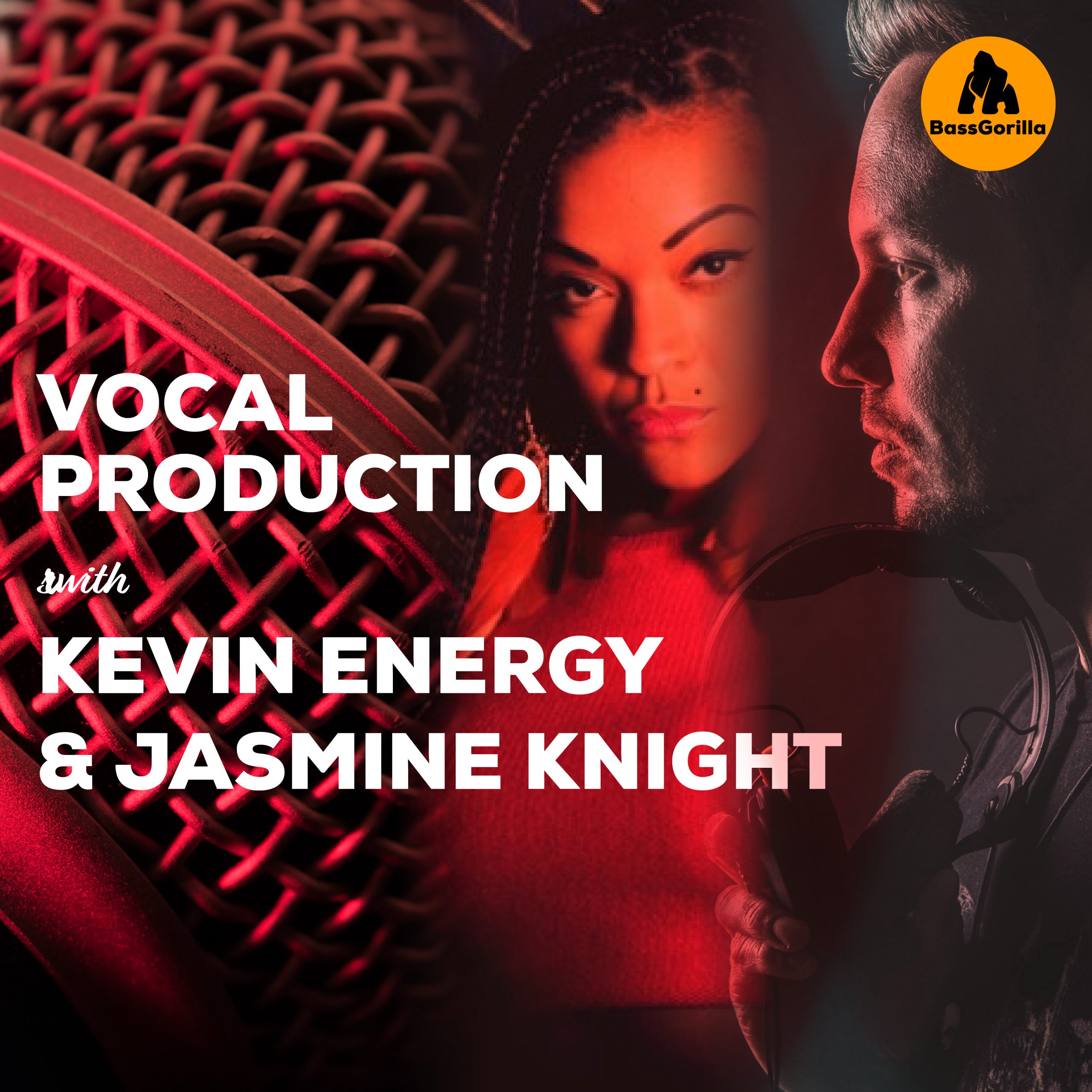