Psydub Walkthrough in Ableton with WolfTech

Get in the studio with the Wolf himself and learn how to create powerful future music!  Learn how to compose and produce a Psydub track using advanced techniques professionals use to create electrifying music!  Watch as Psydub/Glitch hotshot WolfTech walks you through his song production process, going over how he approaches sound design, songwriting, composition, mixing and mastering, and more.  We interviewed WolfTech to find out more about his journey, the inspiration he gets from nature’s soundscapes and his epic sample collection.  Check out his interview on our podcast here.

WolfTech first burst onto the scene with Wolfen Technologies, later becoming simply WolfTech.  Hailing from the UK, WolfTech has released under labels such as Desert Trax (a Desert Dwellers expansive label popular in the US) and was an early member of Shanti Plant, a leading PsyBass/Glitch/PsyDub Label which has grown to have more than 30 talented artists!  WolfTech has released 10 albums over the course of 10 years and being multi-talented created all the artwork too!  Check them out on bandcamp.

WolfTech received critical acclaim and an amazing response to his release Golden Fractals followed by Deep Space Dubz.  This paved the way for his spacey Psydub sound, but he’s constantly innovating and merging new sound design techniques with old time trusted studio touches to make several different genres and switch up the BPM.

A regular festival performer, WolfTech has performed at Boom festival, Own Spirit, UfoBufo, Glastonbury, Triplicity, Anthropos, Boomtown, Cosmo, Waveform, Freerotation and many more. Currently he is remixing the likes of Kalya Scintilla, Spoken Bird, Sixis, Landswitcher, Whitebear and many more. 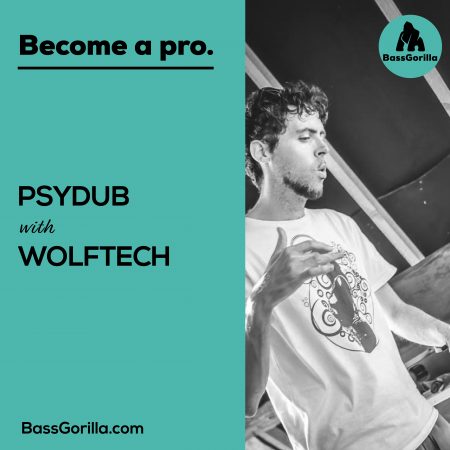