DOPE AMMO PRESENTS HOW TO MAKE A DNB BANGER

BassGorilla brings you Dope Ammo.  This massive course unpicks the details of his signature style so that you can create the next big DnB banger.  With over 20 years experience under his belt, Dope Ammo has a massive back catalogue of outstanding tracks and has recently reached number 1 on Beatport with the “Let you be my fantasy” remix.  Having achieved success working alongside some of the biggest names in the industry, this course really will set you on the path to becoming a pro.  Course release date is 27 February 2021.

Dope Ammo was established in 1998 and is a hugely recognised and influential underground DnB artist that has gone worldwide with his signature drum and bass sound. Huge hits over the years include Kill Bill, Roots & Culture and a “Bad Ass Rmx” for DnB legends Mickey Finn & Aphrodite.

Dope Ammo has toured worldwide for many years and headlined huge UK and overseas festivals like Boomtown Fair, Nass Festival, Snowbombing, Fusion Festival and more recently, the infamous “Let It Roll” and “Beats For Love” in the Czech Republic as well as “Illusive” festival in the UK.

As well as collaborating with top big DnB players including the likes of Benny Page and Serial Killaz he has a massive selection of remixes under his belt including Alan Walkers global hit record “Faded” for Sony Music (Relentless) and also remixing top MC’s from Dynamite MC (Full Cycle), Tenor Fly, Lady Saw to Bigga Ranx and hot New Orleans rapper Curren$y.

Dope Ammo has also worked on various computer music games projects working alongside the orld-renowned Sigma for Activision and Codemasters and he was commissioned by Sony Computer entertainment to produce music for the Bafta award winning game “B-Boy”. As well as his he also produces sample packs. Dope Ammo has a long-standing relationship with Loopmasters and has created some amazing production packs including most recent collaborations with Serial Killaz and DJ Hybrid.

Since Dope Ammo’s hugely successful release of his 2018 album “INFLUENCE”, it has been non-stop for the hard working DJ/Producer. Touring Europe and Canada in 2019 as well as producing the new “Welcome To The Jungle” album for Jungle Cakes alongside Benny Page & DJ Hybrid which smashed all the charts and hit the number one spot on both Juno Download and Beatport as well as hitting the top-twenty in the worldwide Apple itunes Dance Chart. He has most recently just released his “INFLUENCE” Remix album which again in a very short time has already hit the No1 on Juno Download.

Dope Ammo’s music has become a regular feature on BBC Radio 1 Dance Anthems show. His unofficial remix of Kygo/Whitney Houston was smashed across Radio 1 and Kiss FM and most recently his remake of Nina Simone’s “Feeling Good” alongside Jasmine Knight was championed by Charlie Hedges on her evening 30 mins mix slot.

There’s no sign of slowing down either with the official release of his remix of Baby D’s old skool anthem “Let Me Be Your Fantasy” alongside DJ Hybrid up next and a official remix of “No Good For Me” by Charlie Hedges (Radio 1) and Eddie Craig (WideBoys) forthcoming on the world renown Spinning Records. 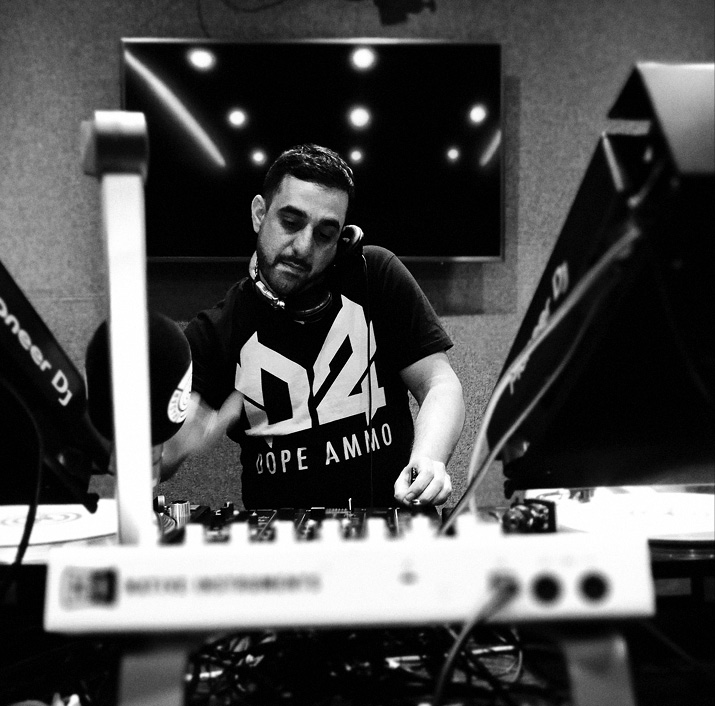